By Edgefield Advertiser on December 11, 2015   Community

The long parade, showing over 90 entries with many of those including several under one title, held the audience’s attention throughout the almost two hours. There were many great floats to enjoy, some resounding with Christmas music (and on two the dancing was obvious), and there were the quiet ones acknowledging the meaning of Christmas. […] 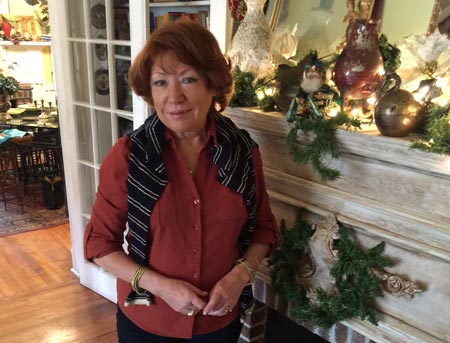 Pamela Moore’s purple fence around her house created a little stir years ago when she came to live in Edgefield. She knew she would be forgiven such an unusual “appointment” because she was and is an artist. That purple fence followed her as she moved from retail business, theatre promoter, then owner of an entertainment […]

Letters to the Editor

Poetry Floats My Boat Dear Editor: I’m so very pleased and proud that the “Poetry Floats My Boat” float in the Edgefield Christmas Parade was given first place as Most Original Float! Thank you to the judges for this great honor! Many, many thanks to everybody on and off the Poet Laureate Committee who helped […]

AIKEN, S.C. – Funeral Services for Miss Emma Lee (Polly) Snipes, age 90, will be held at Bland Funeral Home, Johnston, on Friday, December 11, 2015 at 2 o’clock with burial to follow in Sunset Gardens Memorial Cemetery.   The family will receive friends from 1-2 pm prior to the service at the funeral home, also; friends […]

Opinion  – By Robert Scott – In Paris, radical Islamic terrorists, almost all of them born and raised in Europe, killed 128 innocent people just under a month ago. The subsequent investigation, still in progress, indicated that this horrendous act was planned and orchestrated by what passes for the central authorities of ISIS, back in […]

By Edgefield Advertiser on December 8, 2015   Obits

By Edgefield Advertiser on December 8, 2015   Obits

EDGEFIELD, S.C. – Marian B. Curry Jackson transitioned very peacefully at Abbey Hospice in Social Circle, Ga. on December 4, 2015. This was after a long battle with Alzheimer’s disease. Funeral services will be held Saturday, December 12, at 1 p.m. at Pleasant Grove Baptist Church, Hwy. 25, in Edgefield. She was born April 6, […] 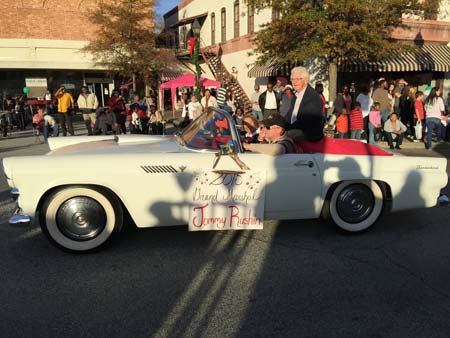 Over 90 entries cruised through Edgefield Sunday afternoon, a parade that lasted close to two hours and ended with Santa Claus greeting children under the Christmas tree on the square. There were three judges — Sam Crouch, Tony Frazier and Maggie Williamson (new to the community, now the director of the Piedmont Tech Pottery Center) […] 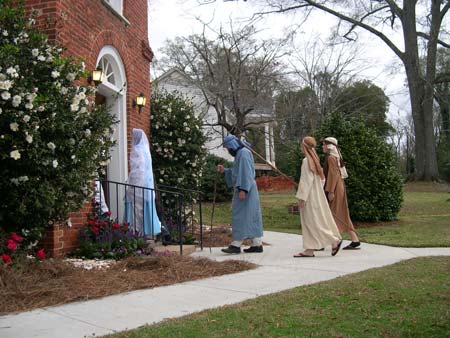 The writer asks: What would the 2015 Edgefield Christmas Season be without the Annual Walking Tour of Churches? This year’s walk is scheduled for Sunday, December 13 at 3 o’clock. This beloved tradition began over 20 years ago and continues to inspire the community during this seasonal event. The Tour begins at St. Mary’s […]