Time for Councilman Dorn to Lead

On February 27, 2012, Mr. Dorn released a statement through the Edgefield Advertiser that he referred to as his announcement bid for reelection. The announcement stated, “Probably the most disconcerting issue in the county is that Edgefield County Council has turned a “blind eye” to the Northside’s great need for water. My solution to show […]

Carolinas–Georgia Junior Championship to be Held at Mount Vintage

Coming Home: Poet Nikky Finney to Bring Her Voice and Vision to USC

COLUMBIA, S.C. – Michelle McCollum, executive director of the South Carolina National Heritage Corridor, flanked by the members of Duke Energy and South Carolina Department of Transportation, State Senate and the University of South Carolina Sloan Institute along with members of the legislature announced a $50,000 grant to create a comprehensive management, development and marketing […]

SIMPSONVILLE, S.C. – Thomas Lee McDowell, 64, of 109 Great Oaks Way, Simpsonville, widower of Sharon Harris McDowell, died Monday, January 7, 2013 at his home. Born in Edgefield County, he was a son of the late Thomas Ralph and Mary Elizabeth Dorn McDowell. He was a self-employed truck driver and attended the Church of God. Surviving are three […] 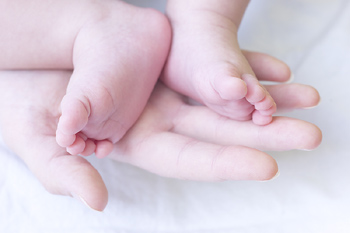 Columbia, S.C. – For the fourth consecutive year, teen birth rates in South Carolina have declined, once again reaching an all-time low.  Information released by the Department of Health and Environmental Control shows a teen birth rate for 15-19 year olds of 39.1 per 1,000, correlating to an 8% decline from 2010-2011.  Since 1994, the same […]

EDGEFIELD, S.C. – Mr. Thomas L. Murphy, 85, husband of the late Marlene Smith Murphy, entered into rest on Saturday, January 12, 2013 at National HealthCare. His funeral service will be held at 11:00 AM on Wednesday, January 16, 2013 at Bream Memorial Presbyterian Church in Charleston, WV with Pastor Bob Wood officiating. Interment will […]

Now that the former First Citizens Bank building officially belongs to the town of Trenton, the town council is moving forward with renovation plans to the landmark.  At their regularly scheduled monthly meeting, Wednesday, Jan. 9, Council was appraised of a recent meeting between Mayor Helen Summer and Administrator Al Harvey with Keith Smith, a […]